We are writing to you today because we know how much you are counting on us to deliver quality service at aggressive prices. On September 20, 2019, we committed to improving the internet packages to more than 90% of our customers if an important CRTC decision was upheld. To offer you our internet services, we have to pay fees to the companies that own the distribution of infrastructures. These rights are based on cost recovery plus a profit to maintain and build the physical networks. To do this, EBOX must connect its infrastructures, operate a network and maintain IT systems to deliver the service to your home. More than 450 EBOX employees work every day to make this ecosystem work for more than 100,000 customers.

On August 15, 2019, the CRTC ordered the holders of telecommunications infrastructures to reduce on a final basis the fees that EBOX pays to a level that is fair and reasonable following a long regulatory debate initiated in 2015. In 2017 , EBOX had indeed reduced the bill for the majority of its customers following an initial decision by the CRTC which recognized on a temporary basis that the fees were grossly overvalued and that they do not represent the true cost to be paid by EBOX to maintain and use telecommunications infrastructure.

Large network operators have intensified their legal actions to reverse this decision. All means have been used to appeal the judgment.

In the end, you will understand that these actions have only one goal, to prevent the CRTC’s decision from being implemented, because prices would become much more competitive in the market and large companies would be forced to follow the new reality.

If the big players succeed, the level of competition will decrease for consumers and prices will tend to increase. This situation is not desirable for anyone.

What can I do as a consumer?

Today you can appeal to the government not to reverse this decision and to refuse a price increase.

For many years, EBOX has been fighting to ensure that royalties are fair and equitable so that your price is competitive. Unfortunately, it is no secret that Canadians still pay far higher prices than other industrialized countries despite our continued efforts to lower consumers’ bills.

The large infrastructure companies fiercely defend the cost prices that must be established by the CRTC. Through powerful lobbies, legal processes and other actions, they have been able to keep prices relatively high in the market.

These same companies are protected from international competitors and enjoy huge credits & subsidies from the government to build and deploy new infrastructures. The political apparatus in place relies on players like EBOX in order to regulate prices to consumers.

We sounded the alarm several years ago that the charges are more and more inequitable with the growth of internet traffic on our networks and very high speed access. By working very hard and thanks to a dynamic team, we have been able not to impose annual increases on our customers for several years as it is done with big players.

Following the final decision, the big owners of the telecommunications networks announced in the media that they would reduce their investments in the deployment of infrastructure in rural areas and reduce investments in 5G technology for mobile networks. We believe these are subterfuges to influence public opinion and influence the government to go back.
Here is a timeline of legal actions since the CRTC decision that favours consumers

All of these legal actions are extremely costly in public funds and ultimately to EBOX customers. We must deploy an enormous amount of legal resources to defend and respond to these actions which are becoming commonplace.

Thank you for choosing EBOX and for your loyalty. 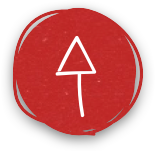 Your address is exceptional! Our system has difficulty qualifying it. But all is not lost! Contact us and one of our agents can validate availability with you.

*Certain conditions apply.
These promotions are valid for 12 months.

You need a EBOX Internet plan (minimum 15 Mbit/s to enjoy the EBOX TV.

Watch live or on demand

Enjoy a 5$ monthly discount when you add a home phone plan to your subscription!

You have selected a plan that requirs minimum 10 channels. Complete your selection before moving forward.
Choose my channels

You need a EBOX Internet plan to enoy the telephony.

You must add a product to your cart to proceed to the next step.
I understand

You must choose a cloud recording option to proceed to the next step.
I understand

The best EBOX Internet plan for your needs is that one that lets you and all other users fully enjoy the connection without any compromises. Your needs are based off the number of users, their daily activities and the number of devices connected at the same time.